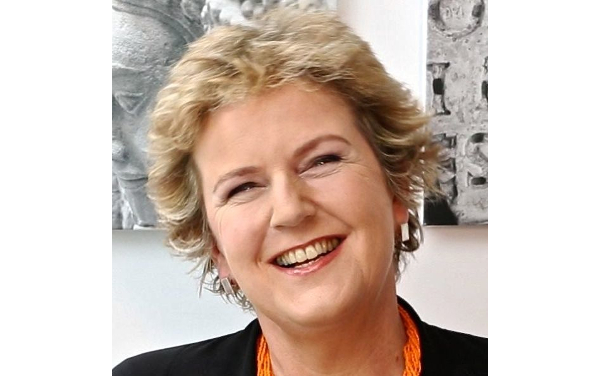 Sydney, Australia-based Highlands Consultant Joanna Maxwell released a book, Rethink Your Career In Your 40s, 50s and 60s, published by HarperCollins (available on Amazon), and as of this writing, the book is the number two Australian book (number 3 overall) on the Dymocks nationwide business book index and receiving rave reviews from critics and business experts.

In addition to being a successful author and speaker, Joanna has a thriving coaching business where she works with professionals looking to reinvent their careers later in life. In fact, she is referred to as the “work reinvention expert” because she focuses on career change issues. Her typical private coaching program includes seven sessions, the second of which covers the Highlands Ability Battery (HAB).

Joanna’s Personal Introduction to the HAB

Joanna discovered The Highlands Company about six years ago when reading our book, Don’t Waste Your Talent.

“I was reading the book and came across the Whole Person Model diagram, which is also my model! Clearly, the concepts in the book resonated with me as a career coach. I signed up for Highlands Consultant Certification training that very same week.”

As part of training, aspiring consultants are required to take the HAB and complete a feedback session with the director of training. Not only is this critical for someone who will be doing the same for their own clients, but it’s also an opportunity for the trainee to learn about their abilities and experience those “aha” moments that so often happen after the HAB.

Joanna, who is a writer as well as a career coach, found it striking that her verbal memory score wasn’t as high as she thought.

“Like many people who take the HAB, I thought there was something wrong with the test. But in working with my facilitator, I learned that wasn’t true. I discovered heaps about how I’m a highly auditory learner. After I sat with it a while, I realized that I write by hearing words and seeing the patterns on the page. The experience helped me find my writing voice.”

When Joanna was a young student, her parents said “…there were two jobs: law and medicine. I don’t like injections, so law it was.”

But working as a lawyer wasn’t a fit. In fact, she made the career switch away from law “out of sheer desperation.”

“I was so unhappy. One morning, I put on my smart suit, picked up my briefcase, and couldn’t make myself walk to the door. I sat on the couch until my partner came home and helped me see a way out.”

Joanna explained that she made her way out messily, but there were several clues along the way that led her to the right career fit. For example, she taught law at a local university and loved it, and that led her to conduct workshops and trainings, which led her to coaching where she has found her true match.

As mentioned, Joanna is also a writer and has worked as a freelance journalist for nearly 30 years. She has written on the topics of travel, creativity, and workplace change. Currently, she writes mostly for her business blog to support her coaching as well as to “indulge” in one of her passions–writing.

“Writing and coaching are two extensions of the same thing. Both allow me to communicate with and help others.”

Today, much of Joanna’s work focuses on workshops and private coaching for professionals in their 40s, 50s, and 60s experiencing a need for a career change. She is so compelled to serve this group of people that she will complete a Master of Education degree later this year, which she pursued to become even more familiar with the research in this area.

“In my experience, older clients have a suspicion that work isn’t fitting and are eager to create change. The Highlands Ability Battery fits so well into this work. It helps you articulate your suspicions and move forward.”

As an example, Joanna mentioned a recent client, a church minister, who was struggling in her parish. The client wanted to continue with the work but was not enjoying it as much as she had. So, she worked with Joanna to get a fresh look.

“She took that HAB and now credits it to her career change. She’s in her late 50s and has started a new position running a large religious organization. She’s much happier pushing for policy changes that she was doing congregation work.”

More About the Book, Rethink Your Career 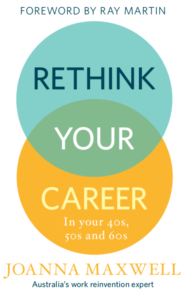 When asked why Joanna chose to write a book, she had a few answers.

“First, my client workbook was more than 80 pages! I was adding new information to it all the time, and I needed to make it manageable. Also, I wanted to reach a larger audience. Not everyone can access a workshop or coaching, and so the book is a way to help more people facing a career change.

Overall, the big picture of the book is to give you confidence. The book provides an actual path, an actual way to navigate careers later in life.”

Learn more about Joanna Maxwell and her book at joannamaxwell.com.au.