You Are Here:Home / Success Stories / When a Talented Young Adult Is Paralyzed By Too Many Choices: Daniel’s HAB Story 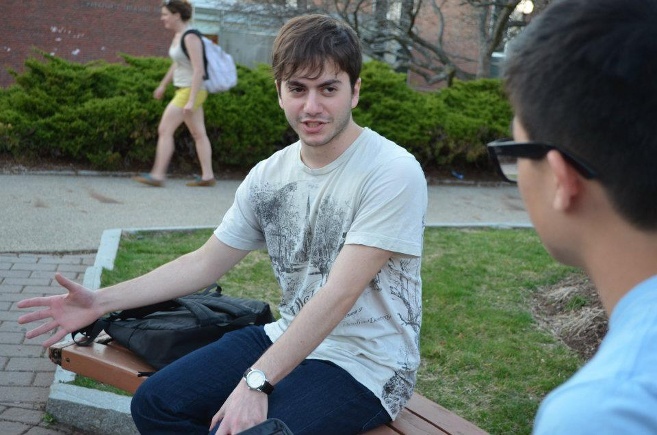 Daniel Koenigsberg ran into this struggle following college graduation. In his words, he felt paralyzed by all of the possibilities. Would he start a business? Would he return to graduate school? Would he seek employment in engineering or math or computer science? He didn’t know. At least he didn’t know until he took the Highlands Ability Battery (HAB).

Daniel Koenigsber is a graduate of Brandeis University (BA in mathematics) and is a student of Columbia University’s Graduate Foundations Program (computer science). Throughout school he has participated in several extra-curricular activities and research programs including work as an advanced lab assistant at Brandeis in radio astronomy/ fourier analysis, physics. He currently works as a software engineering intern at TripleLift, an advertising technology company, in New York City.

It was Daniel’s father, a real estate attorney in Florida, who encouraged Daniel to take the HAB through Certified Consultant Dori Stiles, Ph.D., in the fall of 2014.

“At the time, my dad and I were trying to create a software start-up that addressed issues in real estate law compliance,” Daniel explained. “But it was too much to bite off right after college. We agreed I needed more direction and understanding of my abilities first.”

So, Daniel eagerly took the HAB, which he said was both fun and frustrating to complete. “I found myself taking it too seriously and had to remind myself that it wasn’t that I was ‘bad’ at things. It was that I was on one end of the abilities spectrum.”

A Common Language and an Appreciation for Abilities

Most of us know where we excel and where we struggle, but we don’t always know why or how to label it. That’s one of the things that makes the Highlands Whole Person Method so valuable. Daniel realizes this too.

“The biggest realization for me had to do with my abilities around time frame. I am a short time frame thinker. Before taking the HAB, I didn’t understand how someone could wait long for results. I like to create something tangible on short order. I thought I was disciplined, but it turns out that’s just how I’m wired.”

Other HAB surprises for Daniel centered around his abilities in idea generation (He scored 99%!) and in memory.

“I didn’t score as well as I thought I would in memory. I always thought I was pretty good at memorization, but now when I look back at the time I studied Chinese in school, which was all about memorization, I see now why it was so difficult. Chinese was one of the hardest things I’ve ever studied.”

With the help of his Highlands consultant, Daniel was able to look at his abilities and narrow down the career possibilities. It helped him to see what environments he’d be the happiest in and what type of work would be the most rewarding. It made the decision to join TripleLift as a back-end developer that much easier.

“My parents are happy I took the HAB,” he said. “And so am I. I’m the only one of my friends who is happy with their first job out of college. I recommend the HAB to everyone.”

Questions to Ask Yourself When Considering Career Coaching