You Are Here:Home / Highlands Ability Battery (HAB) / The Advantages of Using Ability Assessment in Career Coaching 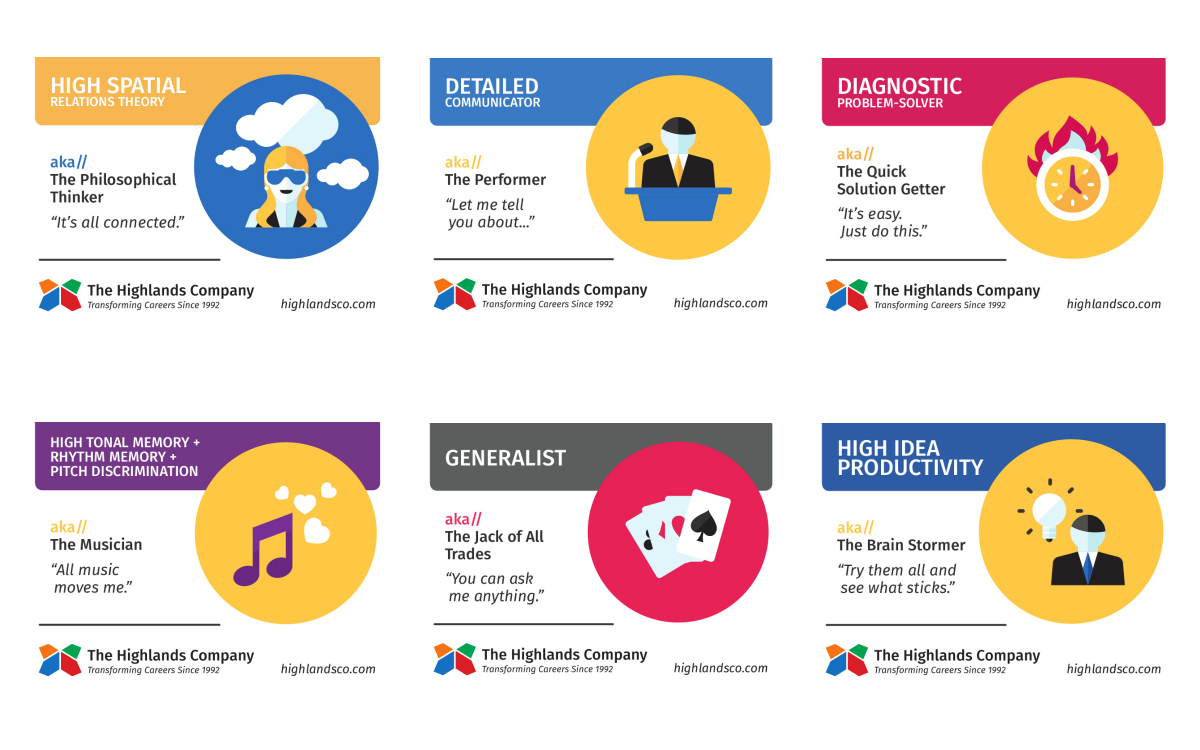 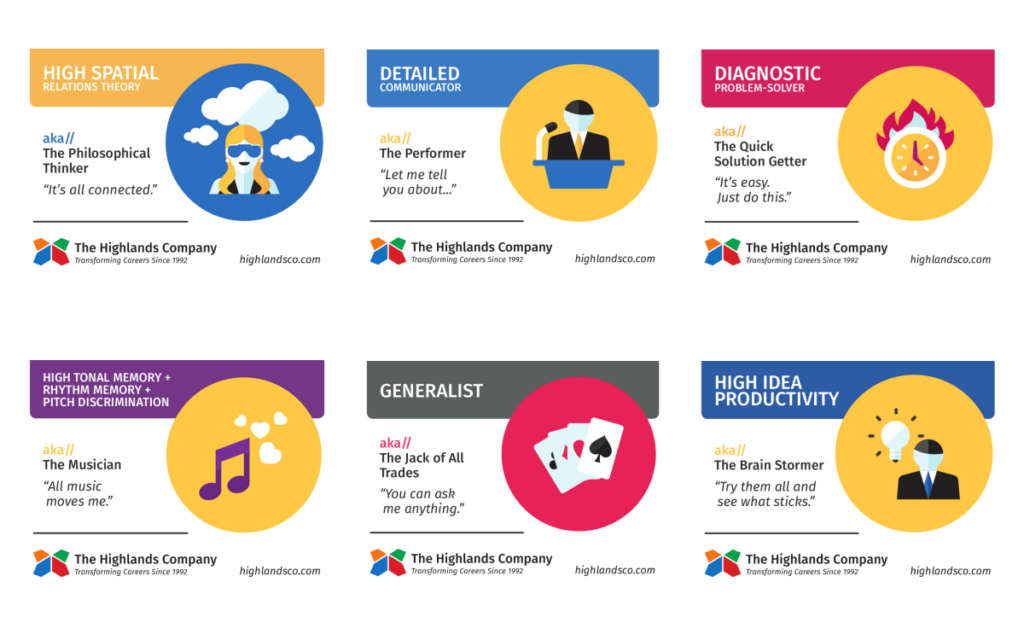 One of the best things a career coach can do is facilitate understanding of strengths in you and help you to increase self-knowledge and understanding of options. This allows for more informed choices around those options.

Strengths are thought to be those tasks and preferences that come easily and naturally to an individual and that are energising. Everyone is familiar with the saying “play to your strengths.” In recent years, research from the field of positive psychology has provided the scientific underpinnings of the benefits that using strengths can bring.

People who use their strengths are happier, more confident and have higher levels of energy and vitality (Govindiji and Linley, 2007), have higher levels of self-esteem (Minhas, 2007), experience less stress (Wood, Linley, Maltby and Hurling, 2010), are more likely to achieve their goals (Lindley, Nielson, Wood, Gillett and Biswas-Diener, 2010), and are more engaged at work (Harter, Schmidt and Hayes, 2002).

Research has also shown that people using their strengths are more likely to perform better at work (Stefanyszyn, 2007) and more effective at developing themselves and growing as individuals (Sheldon, Kasser, Smith, and Share, 2002).

Strengths are thought to be driven by natural abilities and personal preferences, which can be measured by the Highlands Ability Battery (HAB).

As a career counsellor and coach, I have used the HAB for several years with clients. The HAB provides an objective ability assessment and can be used to assist decisions on a variety of career concerns. I often use it in conjunction with examining other areas, such as experiences, skills, interests, work values, and personality to fine-tune those decisions and choices.

Some researchers have found that the self-assessment of abilities is not as accurate as measured abilities. Often you have some understanding of what you are naturally good at, but seeing abilities in “black and white” and how they compare to others, assists further self-awareness and understanding.

Through my career counselling and coaching work, I have found there are several areas that can be assisted using objective ability testing and understanding and enhancing strengths. The main areas are:

For those with too few career options, an ability assessment can help generate realistic ideas around the abilities you have. You may not have had the opportunity of different career experiences to generate ideas of different areas you are suited. Looking at strengths allows you to “think outside the box” in career idea generation. 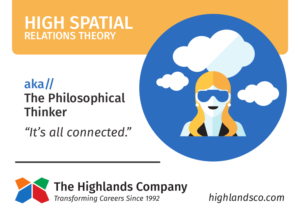 Take Julia as an example. At 35, she had been a lawyer all her life but was increasingly frustrated and wanted a change. Through taking the HAB, she found she had high levels of Problem-Solving Abilities, Idea Productivity, and Spatial Relations Theory.

She saw she had a strong need to understand how people relate to each other and was interested in organisational structure. Julia’s law firm allowed her to go part-time while she studied a Masters in Organisational Development and Behaviour and is training to become an organisational consultant specialising in law firms.

For those who are considering many career options, an ability assessment can narrow down those options by selecting careers that play to their strengths. 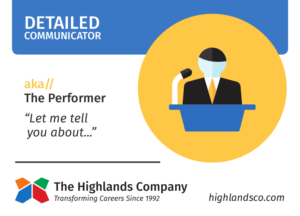 Roz, 45, had a glowing career as a high profile fashion journalist before taking time out to bring up three children. After some time, Roz felt it was time to return to work. She had a multitude of career ideas and options, but she was restricted by time commitments, so was looking for a part time role. She felt overwhelmed and was unsure where to turn or how to start looking for a job.

Through taking the Highlands Ability Battery, Roz found she had strengths in teaching and creative communicating, coupled with a “performing” personal style. She found a part-time job in teaching fashion and textiles at a local college, which used her strengths and worked well within the limitations of time.

With rising educational costs, making university choices can be a huge financial commitment. Dropout rates can be high for some courses, making the ensuing emotional and financial implications significant. It is, therefore, worthwhile investing in ability testing before making final choices. 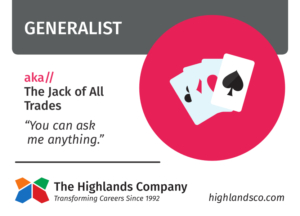 At 17, Katie wanted to be a general medical practitioner, like her father. It was time to make her university choices, and suddenly she had second thoughts. Should she go into nursing, physiotherapy, or other areas of healthcare? Through taking the Highlands Ability Battery, Katie found she was a multi-abilitied Generalist. She needed a demanding career where she could use her various strengths. Katie decided to apply for medicine with a view to becoming a general practitioner.

For those who are doubting their career choices, an objective career assessment can inform you as to whether you are making the best choices. 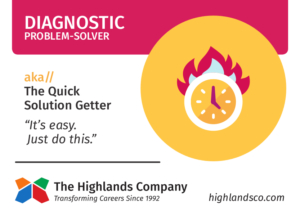 At 27, Nick had a job offer as a Research Scientist at NASA in Washington DC. He had a degree in Physics and a PhD in Solar Science. He had been looking for a job for over a year and since finishing his PhD had only had a three-month contract working as a research scientist at a university. Mainly due to internal politics, this experience had not been good, and it destroyed his self-confidence.

Despite having a good job offer, Nick doubted whether he was up to the role at NASA. With the Highland Ability Battery, Nick found he had extremely high levels of Structural and Problem-Solving Abilities, and he regained his confidence that he would be suited to the role on offer.

For those who want to develop their career, the Highlands Ability Battery offers information where your natural talents lie. It assists in career direction and indicates the areas that you are likely to flourish in. 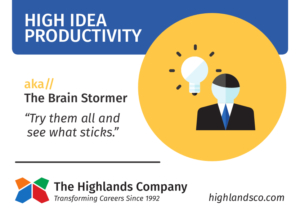 Paul, who is 32, worked as a consultant for a fast growing information technology organisation. He was happy there but there was no career development support offered. We worked together on his career development, and feedback from the Highlands Ability Battery showed he was high on Idea Productivity, Structural Abilities, and Problem Solving Abilities.

His personal style preferences indicated he was a Mid-Range Generalist/Specialist and had an interest in managing others. Although he enjoyed working on specialist projects with clients, it was not enough for him. Paul managed to gain a large project and put a proposal to his organisation, which meant he took on a small team of consultants and is now managing others and feeling more fulfilled.

After taking the HAB, you could gain insight that you are craving the use of one of your abilities, but it’s just not possible to do so in the workplace. In this case, you’d benefit from incorporating that ability into another part of your life. 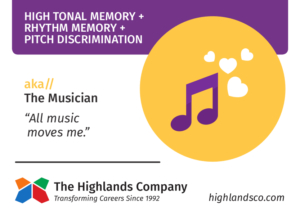 At 30, David worked as a camera operator who travelled internationally. Money was not important to him, but this was a lucrative job. He was feeling depressed and that something was missing from his life. From taking the HAB, David saw how high his Musical Abilities were; he was also a Specialist.

Music was something that he loved. He sang and played several instruments but had not done so for years due to work commitments. After taking the HAB, David took up songwriting and playing the piano and guitar again. He has gained more local work too, which gives him more time to dedicate to music.

If you are considering career coaching, choose one who is certified in the Highlands Whole Person Method. As you can see in the HAB examples above, there are a variety of benefits to understanding your natural abilities.

Potential for HAB in the Charitable Sector