You Are Here:Home / Talent & Leadership Development / Sniglets That Only People in IT Will Understand 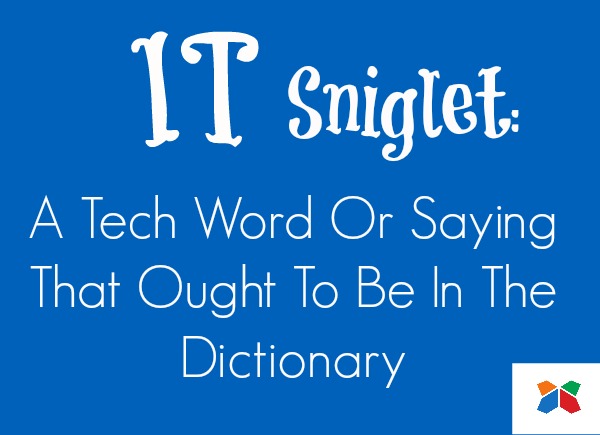 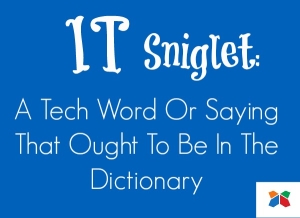 The IT department usually inhabits its own secluded section of the office, and its inhabitants often have their own way of doing things and even their own language. In fact, IT life provides fertile ground for the cultivation of some particularly endearing sniglets, or those words that can’t be found in any dictionary, but which ought to be.

Prairiedogging – The situation which occurs in the office when annoying employees keep popping their heads up to ask you stupid questions.

Ohnosecond – The precise, infinitesimal moment in time when you realize that you’ve just deleted an hour’s worth of work – or maybe a whole day’s worth.

Adminisphere – That cloudy layer of organization just above your own – the one from which decisions emanate that have little relevance to solving any problem, and little direct bearing on company success.

Administrivia – Output from the adminisphere which generally involves directives given to you for the creation of useless and endless paperwork, or the conduct of pointless activities.

Blamestorming – Sitting together with a group of colleagues, discussing why a deadline was missed or why there are still bugs in a piece of software, and attempting to identify the culprit.

Chainsaw consultant – An outside consultant brought in to reduce the headcount in an organization.

Crapplet – Java applet which is either poorly constructed or completely dysfunctional.

Stress puppy – An IT person who greedily seeks out opportunities to become stressed.

Seagull manager – An IT manager who swoops in unexpectedly, poops on everything in sight, and then leaves the scene of the crime abruptly.

Assmosis – The process by which gold-diggers and social climbers in the department are able to rise up the ranks through strategic use of sucking up to the right people, rather than through any meritorious actions.

Are you an IT professional or industry leader interested in advancing your leadership style? Check out the new Highlands Ability Battery Leadership Report 2.0!

How One Vet Used the HAB to Lead

10 Times Lawyers Changed the US and the World (for the Better!)