You Are Here:Home / Career Change / IT Career Error! Click Here to Repair. 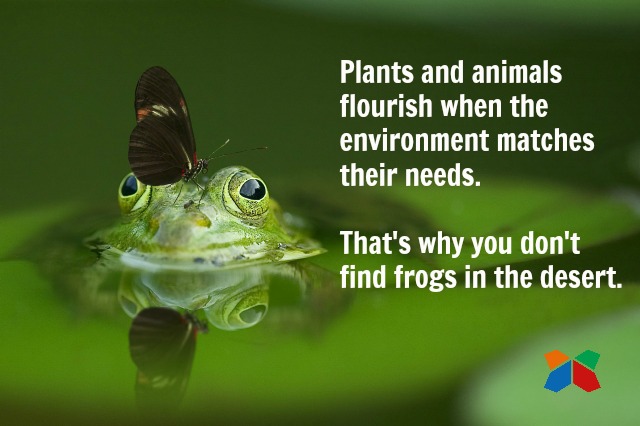 Natural abilities are the foundation of IT career satisfaction…or hell.

Two years ago, Jeff was a discontented software developer. His work left him frustrated and mentally drained each day. His performance reviews were generally positive, but they always noted a lack of genuine interest or motivation. He agreed completely with these reviews. Following a specific aptitude test and some coaching, Jeff understood the reason for his malaise and set his sights on becoming a systems administrator…and he’s never looked back.

Jeff’s feeling that there was something missing in his career is all too common. Despite the money, the telecommuting – and even the sandals – a growing number of IT professionals are complaining that their work lives seem to have no meaning. On the surface, this doesn’t seem to make sense. These folks seem to have the necessary interest in technology, even the basic aptitudes for it. But they are frustrated by their work, find it tedious, and rarely spend their free time reading trade magazines about their profession. 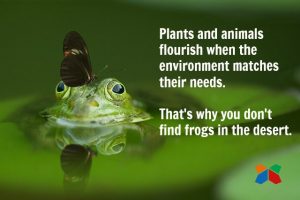 In nature, plants and animals flourish when the environment matches their needs. That’s why you don’t find frogs in the desert. But this is a lesson too many people ignore.

According to one recent study, 80% of corporate employees were in jobs that did not make use of their talents. So is it any wonder that up to 60% of the polled workforce plans to switch jobs in the next 12 months?

Most people – including IT professionals – spend more time researching a home computer purchase than they do deciding on their life’s work. They simply assume because they’re fascinated with computers that IT is the career for them. Besides, it pays well. But this kind of thinking is all-too-often a direct route to a “toxic job.”

We all know how to figure out which computer is best for us. We make a chart. We gather information. We assign values. We find the right match for our needs, our desires, and our pocketbooks. The same kind of evaluation can help us find the right career match. We just need to evaluate a different set of parameters: our interests, values, personal style, temperament. and life goals.

If you’re going to find a career you truly love, a profession in which you will thrive, you have to align your natural aptitudes/talents with the requirements of the profession. For decades, medical students have used certain types of aptitude testing to determine what field of medicine they will be successful in and, consequently, enjoy. The same policy has equally beneficial applications in the IT arena.

Let’s look at Jeff again. When he took the Highlands Ability Battery, it revealed that he (a) was above average in Spatial Visualization, (b) had high Idea Productivity, (c) was a Specialist, (d) had a high aptitude in Classification and (e) only an average aptitude for Concept Organization.

He didn’t know it, but that combination spelled “frustration” for any programmer. Let’s look a little closer.

• His high score on the Spatial Relations Visualization scale meant that Jeff needed either to work with objects or to feel that his work influenced the “real world.” Writing software code was too abstract for Jeff.

• As a Specialist, Jeff preferred to identify a body of knowledge as his own – to master it and be recognized as the master of it. Programming was too “obscure,” too generalized. The constantly changing world of technology meant that Jeff, like many in IT, was forced to wear too many hats.

• Having a high rate of Idea Productivity is great for a comedian or teacher or a writer, but if you’re in a career that involves long-term projects and endless detail, it’s an ability you won’t be using very often. Programming hundreds to thousands of strings of “code” required too much focus for Jeff.

• And even though Jeff’s high ability in Classification was great for debugging programs, the logical requirements of the coding trade demand a higher level of Concept Organization than he had.

The end result was FRICTION between Jeff and his work – a mismatch between the person himself and his job that Jeff might have avoided if he’d chosen to be a systems administrator instead of a software developer. A systems administrator needs to be good at hands-on work, needs to develop expertise in a specific subject area, finds himself mostly taking on short-term tasks with the promise of concrete results, and using his diagnostic reasoning skills as a systems troubleshooter.

Once Jeff saw that the disconnect between software development and his inborn strengths and needs was the root of his restlessness, the decision to switch to another field was easy.

“I felt like a 10-ton weight had been lifted off me,” Jeff says. “Knowing that the cause of my aggravation had been the poor job fit, I was able to rid myself of the guilt I felt. I was so optimistic about the future.”

Set New Year's Goals That You Can Keep