You Are Here:Home / Personal Vision / “I like my job, but what if it doesn’t last? What do I do next?” 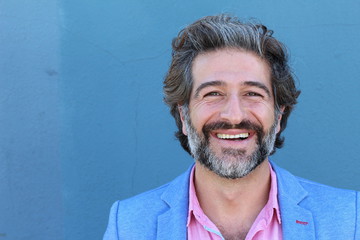 Don considers himself lucky. At 57 years old, he works for a data management company. Throughout the 15 years he’s been with the company, he has been promoted three times and now serves in upper management.

This is actually Don’s second career. After he graduated from college with a degree in Business Administration, he started working at an insurance company where he steadily advanced. But just when he turned 40, the company went through major restructuring and he was laid off.

That incident was a devastating wake-up call. Forced to find a new career path, he made the most of the severance pay he received and successfully found a new position—one that he actually enjoys more than the work he previously did. While Don is keenly aware that the work environment can change rapidly, he’s also aware that he might want to do something else. Is it realistic to walk away from a “good” job when no one’s job is exempt from unexpected changes—including his own? As he approaches 60, Don’s no longer willing to rely on luck and wants to be the driver of his career.

Whether change occurs through massive restructuring, obsolescence of how the work is accomplished, or a desire for your work to be both an expression of who you are and a productive contribution, we can all relate to uncertainty when it comes to the future of our careers. Like Don, you may appreciate your current career but at the same time know it is time to be the driver of what comes next.

You can lose sleep at night over the uncertainty of the work world, or you can choose to take proactive steps to manage your career to gain clarity and control over your future.

Don decided to take action. He started by taking the Highlands Ability Battery (HAB). Through the objective and thorough information gathered from the test, and during his 2-hour debrief with a Highlands Certified Consultant (HCC), Don gained new insight into why he enjoyed and excelled at some aspects of his job but struggle with others. Most of the abilities that were revealed by the assessment were not a surprise, but nonetheless he found it reassuring to see validation of his skillset.

At the recommendation of his HCC, Don also enrolled in the Don’t Waste Your Talent Coaching Program. Throughout the series of assignments and sessions with his coach, Don begins to get clarity around the things that matter most to him, the skills and biases he possesses, his personal style and goals, and more. Taking all of these different factors into account and integrating them together at the same point in time gives Don new clarity.

For the first time, Don feels like he is taking control of his career. Rather than letting outside systems dictate what he does, he has taken ownership over what he wants and starts making plans to transition to working independently as a consultant.

Fortunately, you don’t have to rely on luck to get or keep a good job. Your talents don’t have to be wasted, and neither does your time. But you do need to act! Call us today. Explore your options and start planning how you’ll manage your career.

“I’m up for a promotion but I’m worried it’s not a good fit. Should I take it?”

Is it time for a career “reboot”? Here’s how to do it.