You Are Here:Home / Highlands Certification / The HAB as a Tool for Cross-Cultural Leadership 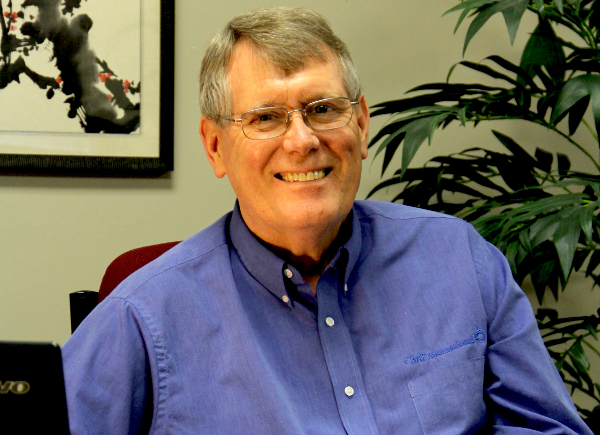 Highlands Certified Consultants employ The Highlands Method in a variety of ways and to a variety of groups and individuals. In our series of profiles, we examine some of our consultants who do the unique and the extraordinary. Dr. David Wickstrom is one of those consultants.

David Wickstrom, PhD, is a clinical psychologist in Lexington, North Carolina, who specializes in working with cross-cultural workers, missionaries, and children of missionaries. Many of Dr. Wickstrom’s clients live or plan to work overseas, so he has built his current practice around providing pre-field psychological assessments as required by the organization employing his clients. As a clinical psychologist, he also provides counseling stateside or overseas as part of training programs and personal psychotherapy.

In his work, Dr. Wickstrom employs the Highlands Whole Person Method where it suits, and he has done so for decades.

But before becoming a Highlands Certified Consultant (HCC), Dave’s journey started as a missionary kid himself. He grew up in Nigeria and attended a local school there. He says one of the best things about it was basketball. Dave is 6’4.”

At age 16, Dave returned to the United States to prep for college. He had plans to graduate and then return to Africa as a missionary where he would teach English and coach basketball, but, as it turns out, his natural abilities took him in a different direction.

After starting college at Grace College in Indiana, Dave says he did not enjoy the coursework in physical education and English and wanted to change majors. He just didn’t know what the change should look like.

Dave says, “The Lord led me to be a camp counselor following my sophomore year where I gained insight into my love for counseling.” After the summer, he returned to Grace College, which for the first time, began offering a psychology degree.

He signed up for the new program and never looked back, going on to receive his M.A. and PhD in clinical psychology at Rosemead Graduate School of Psychology.

Dave learned about The Highlands Company through friends who worked with the original HCC, Leslie Martin.

“Learning about the HAB then was perfect timing. I was considering a change in career, and it opened my eyes to the possibilities. I took the assessment and went through the seminar that Highlands offered at the time, and the next thing I knew, I was looking at a professional journal with two job advertisements that completely fit my ability profile.”

Those jobs were both in South Carolina, one a teaching position at Columbia International University and the other a counselor position at an outpatient mental health organization with a mission focus.

Upon arriving in South Carolina to start his new gigs, Dave had plans to become an HCC, but, unfortunately, he suffered from a serious accident. He fell from a ladder and injured his head. After five days in a coma and six weeks in the hospital, Dave clearly had to put his HCC plans on hold.

Dave made a full recovery and returned to work. At first, he was hesitant to do too much clinical psychology work because of his brain injury. After some time, he decided to take the HAB again.

He says his results were as much as 30% different on certain work samples (abilities don’t usually change), but all in all, his natural abilities persisted, and he felt comfortable returning to counseling clients. In 1991, he became certified in the Highlands Method.

Missionary Leadership and the HAB

According to Dave, many organizations groom missionaries for leadership positions quickly because of the nature of the work. This means some people find themselves in positions that may not be a good fit.

“I hear clients say, ‘Why am I so unhappy here? Why am I so ineffective?’ Highlands gives the answer.”

Dave explained that he prefers the HAB over other assessments because it provides objective evidence, not just an inventory of interests. It allows his clients to see that missionary work may be right for them, but that they need hobbies or to add other dimensions or change roles to their day-to-day work to be satisfied.

“I use this analogy a lot: There’s a guy who is really fast and has incredible upper body strength. He wants to be a pole vaulter, but he only has one arm. That’s like having a strong interest and a personality to pursue a certain career but lacking the necessary abilities. That’s where Highlands comes in.”

To learn more about Dr. Wickstrom and his work, he invites you to contact him directly.

This Career Would Have Never Occurred to Me

How Parents Can Help Their College-Bound Child