You Are Here:Home / Career Exploration / Gen Z: Who They Are, What They Want for the Future and How Times Have Changed 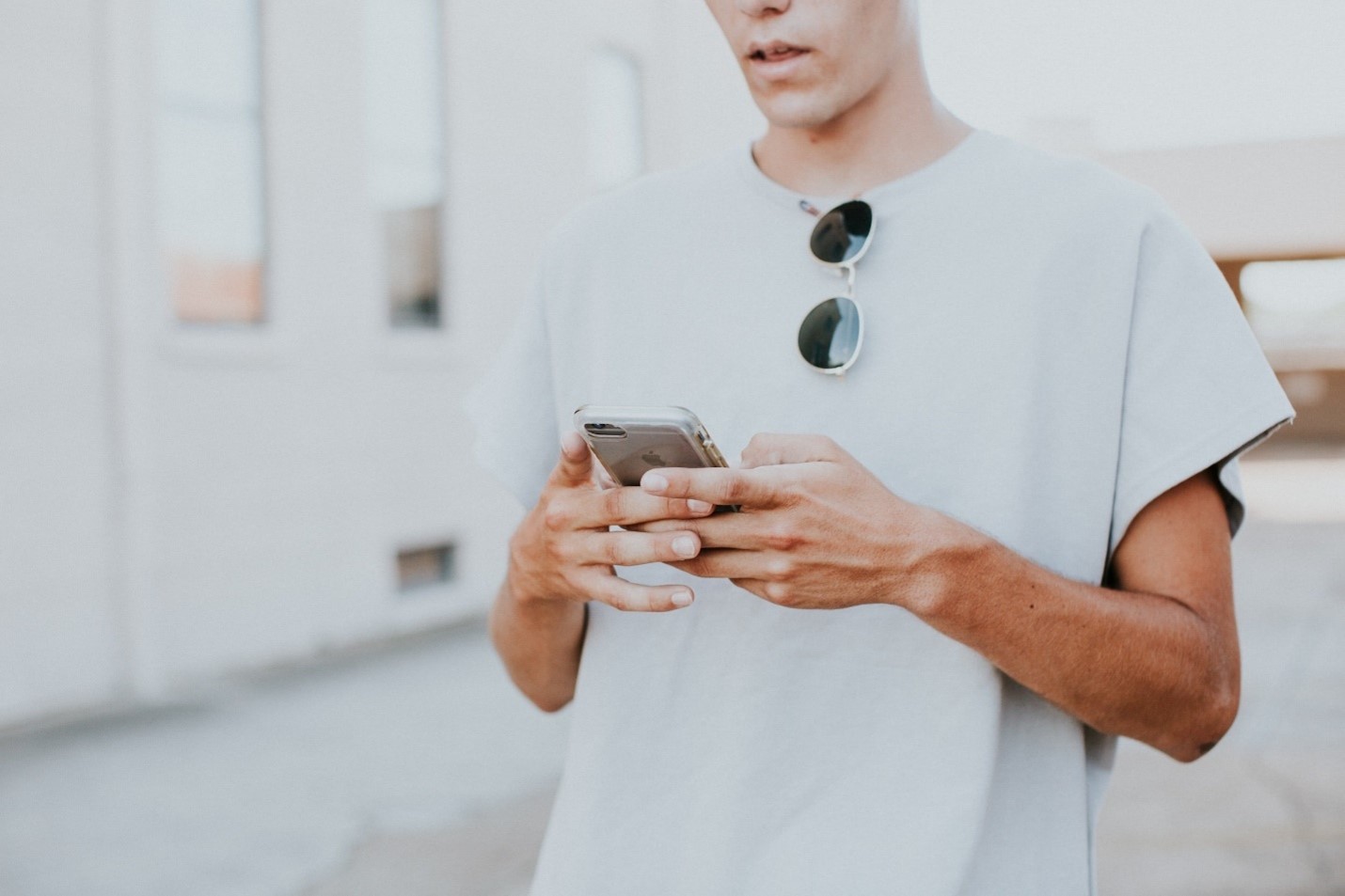 “Kids these days.” It’s an expression heard generation after generation, with older groups often mystified by the up-and-comers; their technology, culture and vision for the future often foreign, and perhaps even threatening. But, like every other generation, there’s so much more nuance to this people group that often gets lost in the broad-brush strokes.

Gen Z is defined as a demographic cohort born between the years 1997 and 2012. Having grown up as tech-natives, they’re often stereotyped as smart phone addicts, aspiring social media stars and internet activists.

Currently, Gen Zers, or “Zoomers,” are 10 to 25 years old, spanning early adolescence to young adulthood. Some of these individuals are preparing for middle school, while others have just wrapped graduate school, are celebrating the beginnings of a successful career or maybe beginning a family of their own.

So what’s behind the stereotyping? Breaking down the motives behind the behavior of this rising generation of students and young adults not only gives us a pulse on current culture, but also a glimpse into the future.

While previous generations were deeply impacted by 9/11, most of Gen Z had not yet been born, and those who were have very little recollection of the event. However, they have spent the last several years watching the impact of COVID, as well as the rise of inflation, the student loan crisis facing their millennial friends and family members, as well as The Great Resignation. It’s easy to understand their disillusionment with the status quo. 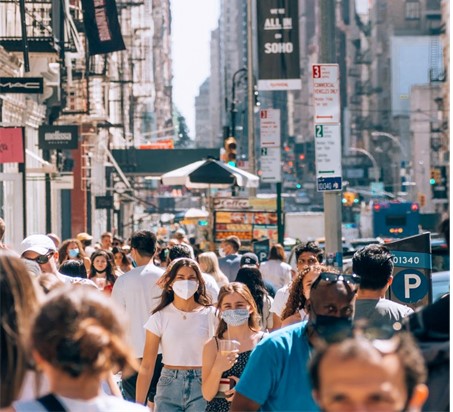 Additionally, these students and young adults are primarily the children of Generation X, also known as the “Latchkey Kids.” Gen X is known for being the first demographic with two parents working outside the home, so they’re fluent in the language of stranger danger and often value company versus solitude. When you combine Generation X with their children, Generation Z, the group tends to be a little less adventurous than others.

With that in mind, it’s no surprise that Gen Z is eager to save money, work hard and find a career that aligns with what they want to do, but is particularly pragmatic about the process. Many students are staying close to home, and there’s a notable uptick in online and community college enrollment.

In reaction to this, colleges are stepping up their efforts to recruit this next generation, tailoring new programs to their preferences.

Shorter On-Ramps to Work are Appealing to Gen Z

Because of their aversion to debt and the increasing cost of college, there’s been a significant increase in interest in the trades, and universities are noticing. From aviation to welding, careers that offer stability, a shorter timeline and manageable financial investment are rising in popularity among college-ready students.

College, however, is still the dream for the majority of the group. Many of these students want the university experience without the risk, leading to an evolution in college programming that will be playing out for years to come.

Some opportunities, however, eliminate the need for college altogether. Major corporations like Alphabet (Google), Meta (Facebook) and Microsoft are identifying talented teenagers and recruiting them to commit to a position upon high school graduation, no college needed.

The times are clearly changing.

Gen Z’s Lives Are – And Are Not – Defined by Tech

The years 1997 and 2012 – the bookend birth years that define Gen Z – mark two significant moments in time within our culture. The internet became ubiquitous in 1997, and the smartphone became ubiquitous in 2012. To say Zoomers are tech-natives would be quite an understatement.

However, it’s extremely common to hear a Gen Z student in a Life Architects coaching meeting say, “I just don’t want to sit in front of a computer all day,” as they walk around with a small supercomputer in their pocket.

They’ve watched the generation ahead of them, as well as their parents’ generation, live an extremely work-oriented life, and they’re wondering, “Is this all there is?” Burned out millennials are swinging the pendulum back to a more neutral place, with an emphasis on health, nutrition and community, and Generation Z is taking note. Rather than course correcting, they intend to begin their adult life in a better state of balance than the generation ahead of them.

To prepare for that holistic life, Gen Z is enrolling in home economic classes, taking advantage of college programming on personal finance, cooking and nutrition – even signing up for workshops at Home Depot to become more self-sufficient in day-to-day maintenance. They’re realizing that, if everyone is working, who’s handling the business of living?

Relationships Can Be Complex for Gen Z

While some aspects of life have come easily to Gen Z, like technology and problem-solving, other elements, like relationships, can be a struggle. In a social media-oriented world, students can avoid vulnerability, defaulting to memes and emojis to communicate feelings and intentions. And after COVID hit, every generation felt a little out of practice with social dynamics. 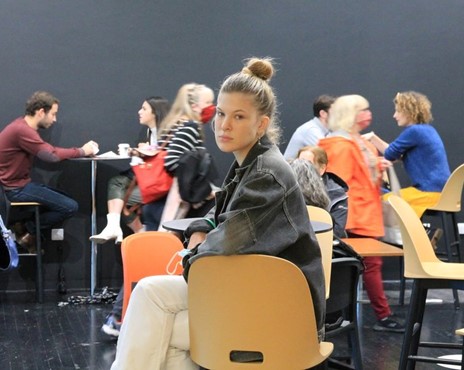 True friendship, however, can be a real challenge for a generation that has spent their developmental years checking achievement boxes and moving onto the next milestone on the path. This struggle isn’t exclusive to Gen Z; many adults across generations share similar feelings of isolation when it comes to friendship. It’s much easier, and safer, for individuals to keep their heads down, investing in the stability of work and achievement, than it is to open themselves up to another human being. But community is vital, and Gen Z is feeling the effects of lonely living with an increase in depression and even suicidal ideation.

Romantic relationships are also happening later in life for the Zoomers. Not unlike their millennial counterparts, Gen Z is coming of age in a work-oriented world. And with their desire for security and safety, taking a sequential approach to building their life can delay dating. Many individuals are focused on school, establishing a solid career and then engaging in romantic relationships. The struggle is that many Gen Zers may find themselves out of practice without engaging with others relationally. This is where intergenerational friendship and mentorship can be profoundly impactful, practicing vulnerability in a pace of safety and experience.

Generation Z has tremendous giftings and perspective to offer the world. We need them and the fullness of all they are to take us to new heights, to affect change in our culture. As they seek stability for the future and practice vulnerability with those around them, the world will be watching an exciting coming of age not only for a generation, but for the industries, cultures and people impacted by them.

Do you know a member of Gen Z who is struggling to determine their next steps? Maybe you’re a millennial or Gen X-er and you’re asking yourself some of these same questions about your career and vocational calling. No matter your age or season, Life Architects’ mission is to partner with individuals on a journey to discover their purpose as God’s individual creative masterpiece. We use an engaging and effective process that uniquely pairs robust aptitude, personality and motivational testing with one-on-one coaching, identifying greater themes in a client’s life. 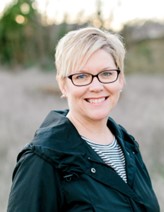 Life Architects Founder and CEO Tami Peterson is a designer by vocation, creating lesson plans, curricula, and experiences her whole life. She holds an undergraduate degree in Christian Education from Ozark Christian College in Joplin, MO, and an MA in Leadership, Theology, and Society from Regent College in Vancouver, BC, Canada.

Her title at Life Architects is founder and creative engagement officer, where she designs and directs a variety of projects and helps everyone flourish by connecting with individuals, families, and institutions. Tami is married and has two adult children.

This article was originally published at Lifearchitectscoaching,com, and is part of a larger conversation from Life Architects Founder and CEO Tami Peterson’s interview on Conversation Balloons, a podcast hosted by Leah Farish that focuses on all things generational. You can listen to the full episode here- Career Compass: Steering Students into Their Ideal Vocations w/Tami Peterson.

Your Natural Abilities: What the Research Reveals and How They are Measured