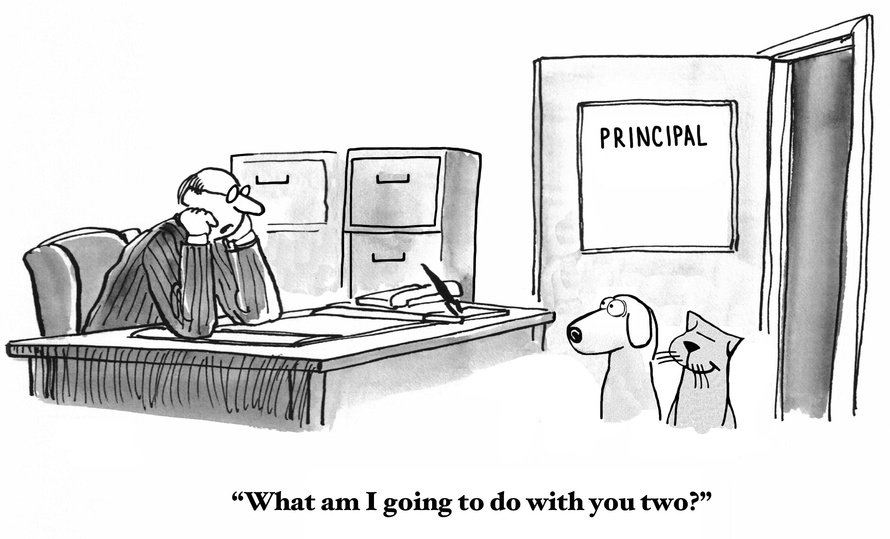 Friendly, supportive, or merely a looming authority figure, the school principals on TV and in movies during the 1980s and 1990s are etched into many of our memories…at least those of us who enjoyed TV and movies back then!

Here are some of our favorites. Do you remember these principals?

Principal McGee from Grease and Grease 2
Played by Eve Arden, Mrs. McGee deadpans her lines in the movie, like “If you can’t be an athlete, be an athletic supporter.” She made you laugh, but she also cared about her students. In Grease 2, she claims the T-Birds, saying “these are my boys.”

Miss Schlowski from Kindergarten Cop
Linda Hunt contrasted Arnold Schwarzenegger not only in stature, but also in attitude. Miss Schlowski wanted to protect her students, and although she was initially skeptical of Mr. Kimble, he did earn her respect. You saw her human side when she acted out punching the father of the student who was being abused.

Mr. Belding from Saved by the Bell
Dennis Haskins played the main authority figure in the 1990s favorite Saturday morning show. He tried to be hip and modern, but it never quite worked. You had to love him the most when he had to choose between his brother and his students. Spoiler alert – he chose the students.

Are you a school administrator or educational leader interested in advancing your leadership style? Check out the new Highlands Ability Battery Leadership Report 2.0!

10 Things Only Spouses of Engineers Will Understand