You Are Here:Home / Career Exploration / Anxiety, Career Choice and Aptitudes! What’s a ‘Quarter-lifer’ to Do? 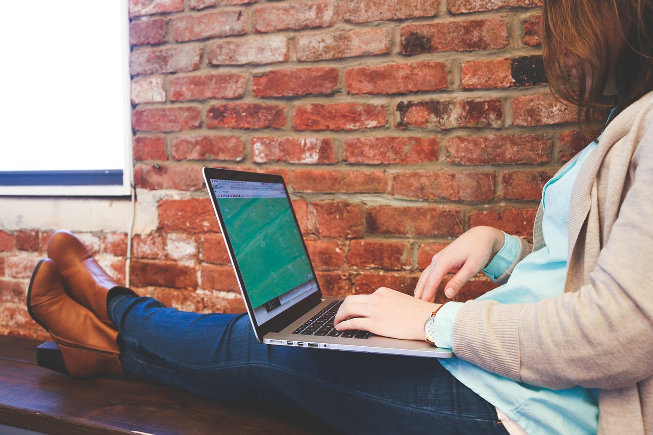 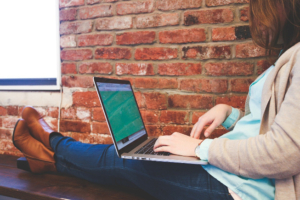 Three students — Gail 29, John 26, and Sam 21 — though different ages, share much in common. They are in the midst of developing themselves so they can launch their careers and, well, their lives! Each is single, and all live independently from their parents. They all appear stuck, in large part, from the consequences of too little self-knowledge.

Challenges of the World When You Are a Young Adult

These quarter-lifers (ages 20-30) face a planning process that is compounded by politics, technology, and other stresses on top of the usual internal challenges for someone this age — lack of self-knowledge, confusion about work-roles, and fear of commitment. The good news is that with refined vision or a blueprint, they are all destined for a happy and productive life ahead.

During this stage, Donald Super considers — and most career theorists would agree — that the most significant developmental task is Establishment. Young adults go through a series of “trial” jobs (Exploration Stage), before establishing themselves in what seems a stable career. At this point and during several other Turning Points that present itself during our lives, essential questions arise. The questions are

1. How can I best contribute or be productive?
2. How do I find satisfaction and, yes, even passion in my work?
3. How do I balance work and love (my intimate relationships)?

This process of establishing oneself is the primary task associated with young adulthood. Once stabilized, Consolidation and Advancement become the next developmental tasks.

For the quarter-lifer in the Establishment Stage, you are faced with the consequences of entering and completing college. You have been in two worlds (high school and college) populated primarily by your peers, and then you are suddenly launched to a place where you need to find meaningful work.

Some key themes that reflect the lengthening and complexity of this life phase emerge. They are:

All these result in the need for young adults to have more ongoing support from their parents to help them launch their careers successfully. The old markers of 18 or 21 years of age are now meaningless. The period we are in now resembles more the pre-industrial world in which independence was acquired over a longer period, and within the confines of the supportive family of origin.

“Changes in the coming-of-age schedule are, in fact, nothing new. A century or more ago, the transition to adulthood was also a protracted affair. In an agriculture-based economy, it took many young adults some time to gain the wherewithal to leave home and form a family. Today, young adults take far longer to reach economic and social maturity than their contemporaries did five or six decades ago. In large part, this shift is attributable to the expansion of higher education beginning in the late 1960s.”(Furstenberg, 2010).

Unfortunately, as Furstenberg (2010) and others point out, societal supports for these changes are non-existent. Mass media recognized the gap and came up with pejorative labels that made it seem that we were experiencing a breakdown in personal character, calling young adults who return home “boomerangers” and parents who intervene in the college or work life of their children “helicopter” parents. What is often not addressed is that young adults in their senior high school years are continuing to make decisions with little basic information (Career Institute for Education and Workforce Development, 2002), or that “too few depart high school with the agility, self-reliance, critical-thinking…needed to adapt in the future” (Feller, 2003).

Over the years, it has become increasingly apparent that the launch of young adults has changed, and that over time the solutions we used to offer have also shifted away from the therapeutic counseling interventions of the early ’90’s to the career, life, and vision-development interventions of the mid-1990’s and since.

Today’s approach is less about focusing on weaknesses and remediation and more on identifying strengths and internal resources, and on developing the knowledge to act with greater emotional intelligence. In the work we do, this 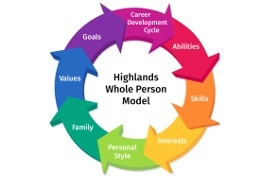 relies quite heavily on the Highlands Ability Battery (HAB) as a foundational piece.

Over the years we have found (and we have tried!) no better tool for assessing hard-wired natural talents. In addition to the HAB and the natural abilities it reveals, we embrace the Highlands Whole Person Model, an 8-Factor Model that explores the complexity of the individual and provides a blueprint for self-direction. 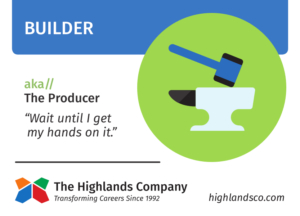 Sam is 21 and heading into his junior year of college with his major undecided. His experience is that the school doesn’t reach out to him and that he, like many others, can’t find the Career Center. His parents feel out of control as they see their child flounder, but they try to work within the university system from a distance.

After taking the Highlands Ability Battery (HAB), Sam and I met to review and discuss his HAB report. Among the many interesting results we discussed during our 2-hour review was his strong hard-wired preference for a smaller school (or at least smaller classes), with more opportunities to interact in class, with an emphasis on experiential learning and tangible, hands-on outcomes. The large liberal arts curriculum wasn’t a good fit for Sam. Initially, Sam’s parents had taken many of their cues from the high school counselor at the private school their son was attending. However, the tools available to the counselor, as well as the school’s marketing approach, prevented creative thinking about what might have been a better college choice for Sam. 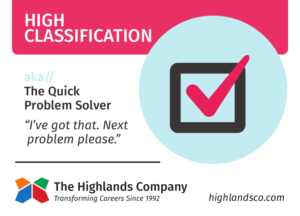 John, 27, a graduate of one of our nation’s most prestigious colleges, easily found jobs but never chose one with adequate information about his strengths and resources. In college, he availed himself of little help — though he did visit the career center once. (He didn’t find it especially helpful.) Upon graduation, not knowing what else to do, he followed his peers into lucrative positions as financial consultants – because that was where the money was. His anxiety about what to do was momentarily settled.

Three jobs later, John worries about his future as he watches the “gray men in their forties glumly going to their cubicles,” and he wonders if he will always be dissatisfied with his work. When I discussed John’s results with him, it was clear that he needed to find an area of expertise. His longing for a passionate commitment to a job was as much a part of him as his eye color. He had a short learning curve, and he longed to work in an environment in which he could contribute to long-range solutions.

At the same time, he needed a fast-paced, problem-solving environment in which his ability for strong rapport-building could be maximized. Until now, everyone had detected only one of John’s abilities — his gift for working with numbers. That one gift appeared to shape everyone’s view of what John should be doing and in turn limited the information John had about himself! His parents were very supportive of John’s search for a new direction because they could see the long-term benefit of his getting it right. 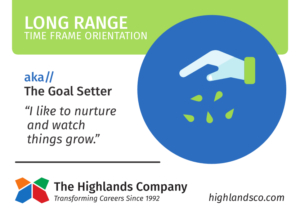 Gail, 29, graduated from a university with a Communications degree, and never quite latched onto an area of interest. She did things and landed jobs that appeared to be opportunities. Fortunately, her natural gifts identified her as a rising star. Eventually, she rose to a management position in a retail store! Her problem was that she wanted to choose for herself what she would commit to. And it wasn’t retail management! Gail never explored any formal career development.

Overlooked by Gail and others were her artistic talents, coupled with her talent for seeing the big picture, for sensing the gifts of others, and for helping them succeed. All this worked together to make her excellent at roles in which she taught others, fueled by her passion for delivering concrete results.

With each of these quarter-life adults, their parents were actively involved in supportive roles. They assisted their adult children in sorting out alternatives, knowing the value derived from taking time to explore and put together a tentative plan for success. In turn, each of the young adults found the HAB enlightening.

John, for instance, was astounded that he had never been exposed to any assessment as comprehensive and penetrating as the HAB. He declared, “this should be mandatory in all colleges and high schools.”

Of course, we agree.