If you are a member of the media and interested in learning more about the Highlands Whole Person Method or the Highlands Ability Battery (HAB), our life and career assessment program, please contact Kim Mumola at Kim@Highlandsco.com or 800.373.0083.

Highlands in the News

April 2017
In “What to Say When an Adult Child Needs Money Help” on Consumer Reports, Tobie Stranger discusses how to confront contentious money concerns.

April 2016
The New York Times mentions the Highlands Ability Battery in “Career Coaching for the Playdate Generation” as seen in the Education Life section.

May 2015
Hubspot lists The Highlands Ability Battery as a “tried and true”assessment in this article on “The 10 Traits All Great Leaders Possess.”

April 2015
Thomas N. Tavantzis Ed.D. writes a series of articles for the Philadelphia Business Journal including, “The true meaning of creating diversity on your team.” 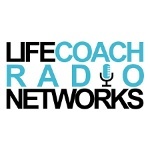 June 2013
Dori Stiles, Ph.D., Director of Training and Research & Development for The Highlands Company is featured on BlogTalkRadio’s Life Coach Radio Network’s show, GET A JOB!

October 28, 2009
The HAB is mentioned favorably on The New York Times Room-for-Debate Blog.

June 2008
Read Sue Shellenbarger’s article “Grad Tidings: Can a Test Steer You to the Ideal Career?” in The Wall Street Journal where she describes the HAB.